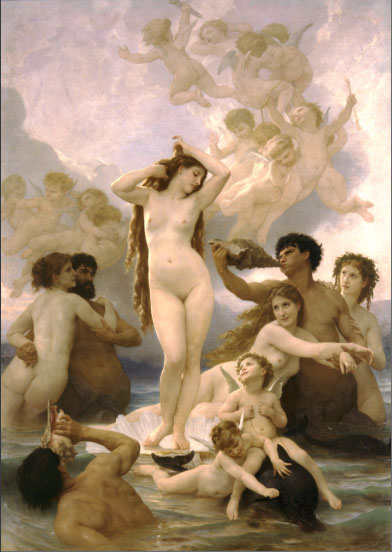 Suburra (Italian name for Latin Subura) refers to the slums district of ancient Rome, full of “disreputable locals and brothels” (sort of a red-light district, if you prefer) and inhabited by low-class Romans together with people, mainly poor immigrants, from all over the Empire (quoted from here where you get infos on location of Subura in modern Rome). Modern rione Monti corresponds to a part of it.

Julius Caesar “grew up in a home in the Subura district (Wikipedia) even though he came of the most aristocratic origins.” I won’t talk of ancient Subura though. I will instead bring up what seems to me the New Subura, namely the area around Piazza Vittorio Emanuele, not far from Termini Railway Station (see picture below from Google Maps). 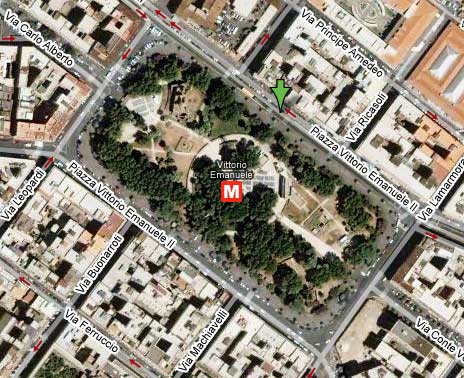 While cutting across the rione almost every morning in order to catch the subway line-A train I feel this intoxicating aura of exoticism pervading the area and reminding me of some corners of Bombay, the city of wonders and my favourite Indian city. Indians, Chinese, Pakistanis, Africans, Eastern-Europeans etc. crowd these orthogonal streets making them tremendously vibrant.

Mafias, prostitution and illegal activities flourish here of course (thence the analogy with ancient Subura) but on the whole the place and Rome are starting to profit from all this, especially now that the big money is arriving.

So Piazza Vittorio Emanuele is right at the centre of new multi-ethnic Rome.

One month ago, while I was desperately trying to catch my train to my office, I saw some Chinese youngsters possibly doing their Tai Chi Chuan gymnastics on the grass in Piazza Vittorio Emanuele Gardens, a magnificent park that occupies the greatest part of this huge rectangular porticoed piazza, the biggest in Rome, built after the unification of Italy by architect Gaetano Koch between 1882 and 1887. These Chinese faces looked very self-assured, I couldn’t but notice. They were very focused on their activity, with curious passers-by gathering around them. 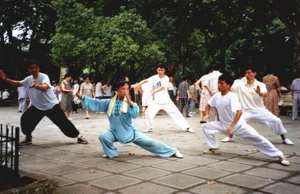 To the history-addicted the place is somewhat ghostly because it used to be the place of witches, assassins and slaves’ executions during ancient Roman Republican times. The piazza is in fact located at the top of the Esquiline Hill, the highest of the Seven Hills, a no man’s land at the edge of Subura until emperor Augustus redeemed it and which revealed its horrors more than 2000 years later during the public works conducted by architect Gaetano Koch who found vast carnage pits dating back to the Republican Roman era.

The park also contains the famous Porta Alchemica or alchemic door (XVII century AD) which, according to some alchemists, could reveal the secret of the philosopher’s stone in its engraved symbols (so, Harry Potter‘s fans, open well your eyes: you might discover the secret of secrets. See the alchemic door picture below – Wikimedia Commons. Same image at a higher resolution here). 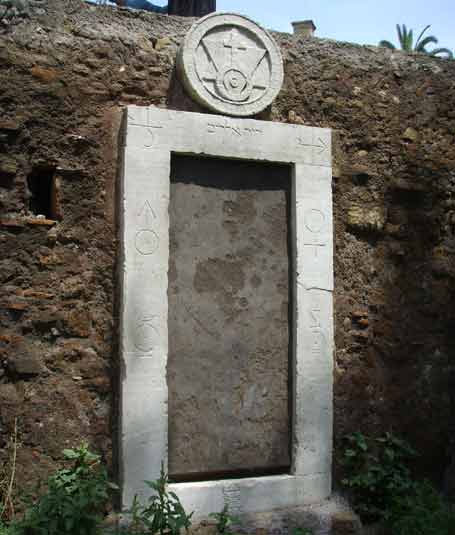 Totally unaware of all this spooky past these young Chinese faces seemed to me a totally new generation. Many Romans in their uncaring attitude have not noticed the difference, useless to say. Chinese people are all over the place in New Subura, attending customers in shops and stores, working energetically in restaurants and at bar tables or having some relax at open-air cafes.

Trendy-clothed teenagers – pretty high-heeled girls with weird-coloured hair and macho-looking T-shirted boys – meet in the evening at the renowned Fassi’s Palace of Ice(cream) close-by (Palazzo del Freddo), one of the most ancient ice-cream shops in Italy, located in 65, Via Principe Eugenio.

How all is changing so fast. Customers at Fassi are now much more mixed up and how terribly hard-working these Far-Eastern people seem compared to us and even to some Honk-Kong Chinese friends who are westernised and really admire the incredible hardiness of the unspoiled mainland Chinese.

They do not seem keen to show their feelings though (both the mainland and the HK Chinese). It is the reason why they look so enigmatic to Romans, or marble-faced (this is how I tease my HK friends, not deprived of some nice UK sense of humour). The simple truth, I think, is that they are just shy.

It is now three-four years that the Roman Chinese and Indians have sort of come out of this psychological ghetto every immigrant initially finds into (Italians know too well, having being, as immigrants, scattered all over the world), their eyes less elusive and their facial expressions franker (and prouder). Indian faces are more expressive, being more similar to us in their non-verbal communication (we have blood in common, after all). Chinese are marble-faced instead lol, whatever HK guys may say 🙂 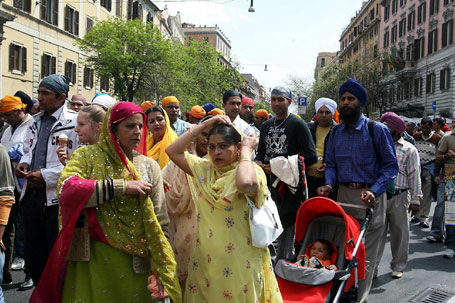 Is Rome Adapting to the Future?

Caught out by a swiftly growing immigration phenomenon the Romans are starting to overreact every now and then, although on the whole they preserve this good-natured, I-couldn’t-care-less type of behaviour (called menefreghismo bonario) which indeed characterizes them and which is typical of a folk who really saw everything in the course of their history. Is such menefreghismo (or chissenefrega attitude) anachronistic today, not providing a sufficiently powerful barrier against Roman possible mounting decline (and Italian & European)?

I don’t remember who said: “I wish we will not live in an interesting age”.

What has to be understood is that this multicultural / multiracial situation is rather recent here compared to places like London or Paris (not to mention America). Rome, we believe, is nevertheless trying to adapt to the future, her somewhat economic success providing evidence of this reaction capability (local economic figures are growing faster than the Italian annual GDP increase).

To this success residing foreigners are contributing, it is hard to deny.