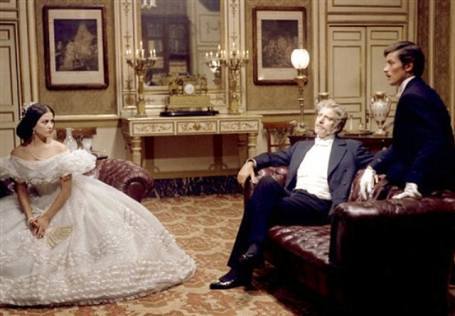 In the preceding post we have noticed how contemporary Italian literature and cinema seldom offer wide-fresco works – they perceive the single tree more than the entire forest (read a conversation on this topic.)

Someone affirms that the secret of the forest is instead hidden in Palermo.

Palermo? Why are Palermo and Sicily so special?

While searching for an answer (in some recent Sicilian novels) we can make a guess.

Sicily, like a warm-fleshed woman lying languidly on the sea, was disputed by Greeks and Phoenicians, Spartans and Athenians, Romans and Carthaginians, and later Normans Arabs Popes & Emperors.

Such splendid (though tormented) history might have favoured a depth, a wider look in its people and writers, that the Italian literature has experienced only at its best moments.

Rob has said that writers such as Lampedusa and Sciascia would have known why the secret of the forest may be hidden in Palermo.

So, for a glimpse of such wider look, we’ll quote a beautiful passage from Il Gattopardo (The Leopard) by the Sicilian writer Giuseppe Tomasi di Lampedusa (1896 – 1957.)

Tomasi di Lampedusa narrates how, soon after Italy’s unification, the honest Piedmont’s official Chevalley [Piedmont, at that time an advanced region, unified Italy in 1861] was sent to implore the Sicilian Prince of Lampedusa [the author’s great-grandfather and protagonist of the novel,] to represent Sicily in the new Italian Senate, “in order to remedy the state of material poverty, of blind and moral misery in which the Sicilian people find themselves, your own people!”

The Prince, smiling and inviting Chevalley to sit down with him on the sofa for a while, answered with the same words he had uttered with some English who, before Giuseppe Garibaldi conquered Palermo, were asking what all these Northern Italians, these Garibaldini, were doing in the South of Italy.

“They are coming to teach us good manners – replied the Prince in English – but they won’t succeed, because we are gods.”

Then in the end (with poor, decent Chevalley in total dismay because of the Prince’s denial) the aristocrat added that things in Sicily had not changed and will never change for that ‘sense of superiority that glitters in the eye of every Sicilian, that we ourselves call pride (fierezza,) but which is actually only blindness.’

An enlightening, though gloomy, reflection.

Note. This ‘pride which is actually blindness’ can be said of all great civilizations on earth that were (the ancient Romans, the Egyptians, Greece, Hellenic etc.Sicily …)

Past greatness is a richness, and a consolation, but is not enough.

Question. On the other hand, are these cultures / civilizations really dead? I mean, didn’t they adapt themselves still retaining some greatness?

Why Sicilians today – or  (2012 update) Romanesco Gioacchino Belli, Egyptian Naghib Mahfuz, Nikos Kazantzakis  – see the forest and not the tree?

The Secret of the Forest

The Southern Shores of the Mediterranean

Italy is often mysterious, hard to understand. Who are the Italians? What is happening in this country?

I was hit days ago by the words of Santo Piazzese, the Palermo’s crime writer, who – in an interview on the weekly magazine ‘Venerdì di Repubblica‘ – spoke of today’s:

“… sicilianized, enigmatic, elusive Italy, difficult to be synthesized into something consistent. Differently from other great countries (France, England, Spain) Italy doesn’t possess a real national unity nor is helped in this by a wide-fresco Italian literature [that could provide an overall picture of what we are, MoR].”

“Sicily, on the contrary, has produced this sort of literature (Verga, Pirandello, Tomasi di Lampedusa, De Roberto, even Luigi Natoli with his ‘I Beati Paoli’)”. Such Italian literary flaw also regards those authors from Mezzogiorno who have Italianized themselves.”

In this country, with its films and literature, “we see only the tree, not the forest.”

“The secret of the forest is hidden in Palermo.” 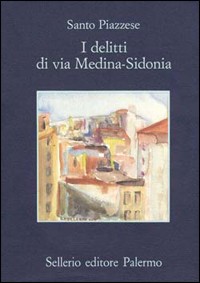 The ‘secret of the forest’ is hidden in Palermo? What does that mean?

It is intriguing enough for me to start reading Santo Piazzese’s novels. It could provide insight on the Italian enigma – one never knows.

That Pride Which Is Actually Blindness

On Roman, Italian and Latin Roots. Italy and the New World
Change and Continuity in History. 2