Last night I watched Scandal (1989) together with my wife. It is a British film on the Profumo affair – a big political and sexual scandal in the 60’s UK -, well done and especially instructive to me in some way. I needed reflection and data. A few days ago I realised in fact how some readers of the MoR were like disgusted, or scared, by my earlier post “Decameron Reloaded. That the Fun begin“.

Man of Roma is puzzled. His public is mainly from the English-speaking countries. Given the culture (society) MoR is in, he’s therefore willing to raise his voice a bit and say:

“What’s the matter with you people out there? Why the hell sex is so scary?”

Frankly, this to Man of Roma is strange.

While I am waiting from some insight from my readers, I guess it’s high time for ‘Sex and the city (of Rome). Season 2‘ new posts. We need some explaining, in other words.

I did by the way receive an interesting e-mail from a very nice US student of archaeology, complimenting me for my blog and all and asking me thought-provoking questions, such as: 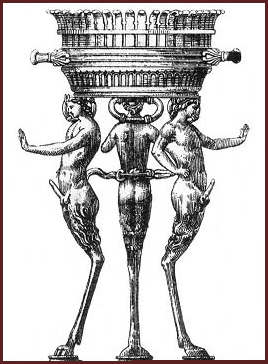 [Your opinion about] “the different ways that Roman sexuality is viewed by Americans and Europeans”. For some Americans especially – she argued – “the ancient Romans and modern Italians become the same people. When telling a friend of a friend about all the ‘sexual’ souvenirs that could be bought — replicas of herms and phalli, calendars and postcards featuring Pompeii’s erotic art — the woman’s reaction was something along the lines of ‘What kind of people would sell those sorts of things,’ to which I was quite taken aback.  But she clearly viewed the ancient Romans as sexually deviant, and thus by association modern Italians.”

62 thoughts on “Sex & the Anglo Saxons. What’s the Matter With You People Out There?”