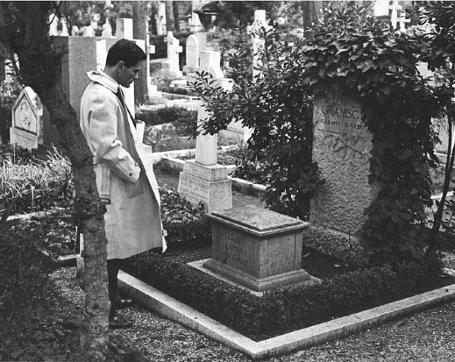 Andreas Kluth, the Hannibal man, asked me to write something about Gramsci in 300 words. I failed. These are 795 words.

I studied Gramsci in my twenties and he surely helped me greatly. I think important to say his thought to be:

1) in progress, more formative to me than any sedentary conclusions, building up upon a list of themes & reflecting on them in fragmentary notes from thousands of different viewpoints and within a dreadful context – fascism arising, jail isolation, uncertainty for his own life. All so compelling and mind expanding;

Dialogic. G’s ideas bounce on one another also in relation to other authors’ even-opposite ideas – Gramsci ‘discusses with the enemy’ so to say. A solitary dialogue though, since jail solitude brought him to solipsism, which creates like a tragic, bewitching (and a bit claustrophobic) atmosphere.

The many ‘tools’ he created such as ‘cultural hegemony’ (close to ‘seduction’), or his notion of ‘intellectuals’, stem from such inner dialogue, which can be baffling to people used to clear definitions – I well understand – but, such brain storming is contagious and the attentive reader is taught to form his / her mental dialogues on anything he / she researches.

Dialectic. It refers to Heraclitus & Hegel, implying that all in history is ‘becoming’ & a contradictory process with actions, reactions, conciliations etc. Gramsci’s dialectic is concrete, anti-idealistic. For example, the Rousseauesque pedagogy – the ‘laissez-faire’ of ‘active’ schools – was seen by him as a reaction to the coercive Jesuitical schools, so not good or bad ‘per se’. But he tried to favour an education where both the elements of discipline and fascination were present.

Any idea had to be seen in its historical context and was hence transient (Marxism included.) When the Russian revolution burst he wrote it was a revolution ‘against the Capital’ (ie against Marx’s theories,) a scandal within the Comintern.

In many respects he considered America much more progressive than Stalin’s Russia;

3) polymathic. Gramsci is wide-ranging, like the men of the Renaissance. Besides there are similarities between his ideas and Leonardo da Vinci’s, and their writing styles too;

4) anti-platonic. Nature is ruled by blind forces, with no intelligent design. He follows the Italian tradition of Lucretius, Vico, Leonardo, Machiavelli, Leopardi, in contrast with the Platonic (and hegemonic) tendency expressed during the Renaissance by Marsilio Ficino and Pico della Mirandola;

5) anti-élite. Anti-chic, and certainly not the ‘smoking Gitanes and wearing black turtlenecks’ type of intellectual – to quote Andreas -, to him knowledge & refinement are not classy and must be spread to everyone. Born to a backward Sardinian peasant milieu he had succeeded in becoming a great European intellectual, which made him believe that everyone could be a philosopher at various degrees, and that a solid education of the working class was possible;

6) greatly written. Croce, Gramsci, Gobetti, Gentile were all great writers, like Hegel and Marx were. G’s texts are like permeated by a Hölderlin’s Heilige Nüchternheit (sacred sobriety.) As Giorgio Baratta observes, “his style, sober and exact, opens wide spaces that make the reader fly, but the flight is not grandiloquent.” His works have been recognized since they were first published as masterpieces of our language and literature. His Prison Letters have the depth of Tolstoy, an author close to him in many respects; 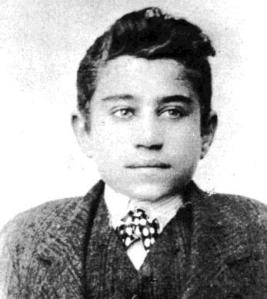 7) historic. Italian, European and world history are considered, from the end of the ancient Roman Republic onwards, and innumerable aspects are analysed. For a young Italian like me it meant an invaluable know-yourself experience. What I had passively learned at school could finally bear some fruit, also the teachings of my father, that I could fully appreciate only after reading Gramsci.

Gramsci’s history is as close to us as family’s history can be. It’s his magic. It touches the soul deeply.

It is also the concrete history of ideas circulating in the various socio-economic groups at a given time, with catalogues of magazines, newspapers, movements, intellectuals (often categorized with humorous nicks: it’s his peasant culture showing now and then), with the aim of understanding the currents and exact mechanisms of cultural hegemony.

He does that as for Italy, other European and non European countries. He analyses the elements that, in his view, make the United States the ‘hegemonic force’ in the world and also identifies like some cracks in this hegemonic structure, in their being too virgin and too young as a nation, with a melting pot of too many cultures.

Too long a story. Americanism in Gramsci is so crucial I’m thinking of a post where, in a dialogue occurred in the 30s, a few fictional European characters try to explain to readers their view of America, ie Gramsci’s view.

The United States – as Gramsci put it – are “the greatest collective effort ever existed to create with unheard of rapidity and a consciousness of purpose never seen in history a new type of worker and man.”

Note. An inspired introduction to Gramsci is Giuseppe Fiori’s Antonio Gramsci: Life of a Revolutionary (1970).

PS. Gramsci and Croce are well known in the English-speaking countries. The British ex prime minister Gordon Brown said Gramsci was one of his mentors. No idea if this is complimenting Gramsci or not… 🙂

Democracy, Liberty & the Necessity of a Solid Education of the People
Culture, Kultur, Paideia
The Last Days of the Polymath