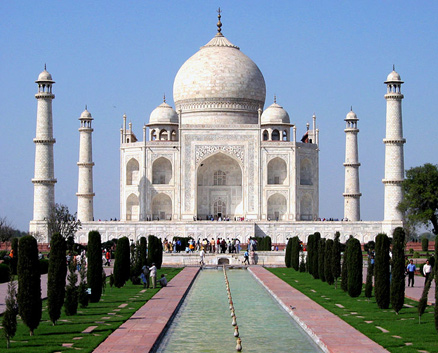 We have tried to establish some communication with non Western people. This has been very enriching though not always easy. Great civilizations tend to close-up a bit, they being like complete in themselves. We had some connection with the Indians. Their good English has helped. Rediscovering one’s heritage doesn’t exclude others. Quite the contrary. It means having something peculiar to transmit, in order to be able, in our turn, to receive.

One reason for this blog, I have said, is wider communication. But what can a Roman of today say to the world? Such a big statement if there wasn’t the Web to make it not totally vain. I have always thought that it is a great privilege to be born and be raised here, such a special place, to the extent that something must have penetrated, something peculiar and worthy of being transmitted, in order to be able, in our turn, to receive.

I hope on comments from Western and non-Western people, since Rome and the Romans have a mediation nature that comes from the Mediterranean. (…)

I have received my first comments from Indian people. I’m so glad this happened. India intrigues me and, as I said in the introduction, I was looking for a wider communication. As far as India I had a special interest for this country since I was a kid. As I told this Indian blogger Ishmeet “I remember how my father, now no more, used to tell us stories about your country, about princes and wonderful palaces, and we all kids listened in wonder. I have been to India many times since, and my sisters and brothers too.”

So this blog is now starting to be real fun (…)

Ashish. Something that makes the net a virtual world where nobody belongs to a specific caste, religion or race – but just one identity – that of a netizen.

MoR. Someone asked me: How can you connect to your deep Roman roots while interacting all the time with Indians, Chinese etc., folks very different from Romans, Italians and Europeans? It is a contradictory behaviour.”

Ashish.Thing is, what I find is a Roman showing his Roman ways to an Indian who increasingly finds that things are done the same way but with a bit of different style. You are helping other human brethren connect with a different part of the world that rarely connects with others outside of it boundaries. I admit, I strive for European friends because I love Europe but there aren’t many who would like to connect.

MoR. My blog though regards Roman cultural identity, Ancient Romans and what is left of that in contemporary Romans and Italians. So this ID is the angle I chose.
I mean, IF I am able to rediscover my heritage, when talking to people from different backgrounds, thence I am able to bring some contribution, some richness (my heritage) to them. In other words, my peculiar, historically localized, experiences can perhaps be of some help to them, because we are ALL humans. Same thing can happen at the other side of dialogue: people interact with me bringing their own peculiar, and historically localized, experiences, thus creating this fruitful feedback, this dialectic ping-pong, like you and me are doing since months, my dear young Indian friend.

We both try to break barriers. I have seen some Indians not replying to my comments. I can understand. Italians are also very closed-up. The French have this tendency too.

I have a theory: deep civilizations tend to close-up they being sort of *complete* in themselves.

Ashish. You wouldn’t find me that way. I’d pounce on you. I’m the exact opposite of that, especially if the commentators are from Europe or South America. ‘Deep civilizations tend to close-up’. Noble gases? 😉  (…)

[ read more in this conversation with Ashish]

“Great classics of literature spring from profound depths in human experience. They come to us who live centuries later in vastly different conditions as the voice of our own experience. They release echoes within ourselves of what we never suspected was there. The deeper one goes into one’s own experience, facing destiny, fighting fate, or enjoying love, the more does one’s experience have in common with the experiences of others in climes and ages. The most unique is the most universal. The dialogues of Buddha or of Plato, the dramas of Sophocles, the plays of Shakespeare are both national and universal. The more profoundly they are rooted in historical traditions, the more uniquely do they know themselves and elicit powerful responses from others. There is a timeless and spaceless quality about great classics.” …

“Kalidasa is the great representative of India’s spirit, grace and genius. The Indian national conciousness is the base from which his works grow. Kalidasa has absorbed India’s cultural heritage, made it his own, enriched it, given it universal scope and significance. …

We find in his works at their best, simple dignity of language, precision of phrase, classical taste, cultivated judgement, intense poetic sensibility and fusion of thought and feeling …. his works belong to the literature of the world. Humanity recognizes itself in them though they deal with Indian themes.” (…) [ Sarvepalli Radhakrishnan, Indian philosopher and statesman, Living with a Purpose (Orient Paperbacks, New Delhi, 1976, p. 9-10)]

[ read more in The Most Unique is the Most Universal]

And Trastevere (see below Piazza S. Maria) became our Haight-Ashbury. We felt all brothers, no matter the race, the religion or the country. Such an extraordinary place, Trastevere, not yet so trendy at that time and populated by these unconventional expatriates plus of course the locals, real Romans beyond belief. Oddly enough, on the stage of this ancient theatre I first met young America and its sparkling fresh mind. Not only my English began to improve.

But we were not hippies. Being not saints neither there was not much place though in our experiences for nihilism or malaise. So full we were of our romantic dreams, whether our naïve ideals were guiding or misguiding still remains to be seen. (…)

[ read more in Oranges in California ]