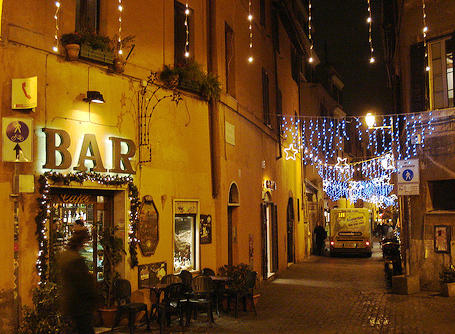 Late evening in a cozy bar of our rione where we wash down Spanish tapas with Cartizze Prosecco.

Our before-dinner aperitivo, once in a while.

Mario: “You recently wondered how come far eastern little girls, hence culturally ‘alien’ in some way, can perfectly play European ‘classical music’ (in the narrow sense.) You also added that such music (from 1750 to 1830 roughly) originated in that crossroads between Germania and Italia, once the ancient frontier or limes of the Roman Empire which separated the Roman from the non Roman.”

Flavia: “Your associations are bizarre.”

Giorgio: “Allow me to be bizarre at least in my blog amore.”

Extropian: “I remember you saying at the end of a post on music that Mozart who came from that area perfectly combined Italian taste with German knowledge.”

Giorgio: “Yes, a perfect fruit of that cross-way region, although Schubert shouldn’t be ignored either.”

[A classic lied by Schubert I owe to Sledpress]

Giorgio: “Incidentally Flavia, I’m struggling both with Mauro Giuliani (on my guitar) and with the Latin poet Horace. I do feel they have something in common.”

What do We Mean

Mario: “Now the problem arises: what the hell do we mean by classic? Entire generations of students have been plagued by this aesthetic notion.”

Giorgio: “You know I don’t like clear definitions. That’s what dictionaries are for, not blogs (not mine in any case.)”

We leave the bar. Roma may not be Canada, but winters get damn cold here too sometimes.

Civilisations are not Mortal.
Rome and Carthage

“That Rome has deeply marked Europe it is evident, but nevertheless there is room for some amazing continuities. Is it by chance that, when Christianity breaks in two during the XVI century, the separation of the fields occurs exactly along the axis of the Rhine and the Danube, the double frontier of the Roman Empire?

And is it also by chance that the astonishing conquest of Islam was easily accepted by both the Near East and the two areas formerly dominated by Carthage, i.e. Northern Africa and a portion of Spain? [see map below] 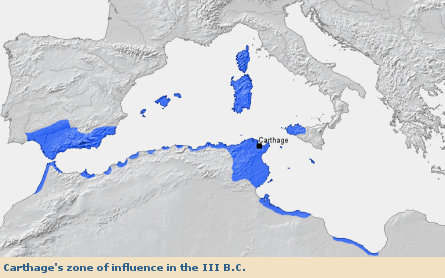 See also the above note later become a post: